Drumming for mindfulness and healing: A simple way to calm the mind.

Through the centuries, the drum was also central to many other spiritualities and religions, from ancient shamanism — documented use of more than 25,0000 years ago — to Medieval Catholic ritual, to ceremonies in numerous religions. The earliest known spirituality — broadly defined as shamanism — relied on the drum to journey into the mind and spiritual insights. Cave drawings dating to 25,000 years ago show the central role of drumming

Psychology and science have identified both drumming and mindfulness meditation as helpful therapy for everything from stress to memory loss to supportive.

Bringing the two together — mindfulness and drumming — can be life-changing. Even one session of meditation, focused on a drum’s beat demonstrates how powerful this ancient meditation method can be in our stressful modern lives. The powerful and compelling rhythm of drums can still and focus the mind

Drumming is perhaps the oldest form of active meditation known to humanity. It can help with a myriad of issues, such as: retrieving lost aspects of soul, releasing unhealthy entities, solving conflicts within the unconscious, transforming the negative energy of past traumas into positive energy, helping people finally feel suppressed emotions, and healing unhealthy patterns and habits.

Drum was an important component of various Buddhist traditions. “In Buddha’s time, the gong and drum were used to gather everyone to announce the precepts, meal times, Dharma talks.”  Today, most Buddhist temples and monasteries of most traditions use drums in practice, and increasingly

“Drum meditation can also be used as a method for rewilding. In her book Sacred Land, Sacred Sex: Rapture of the Deep Dolores Chapelle reveals how the drum can have a direct, potent effect on human neurophysiology” “She concludes that trance drumming “links us directly with our real human nature in all its deep aspects and therefore can link us once again to the land.” 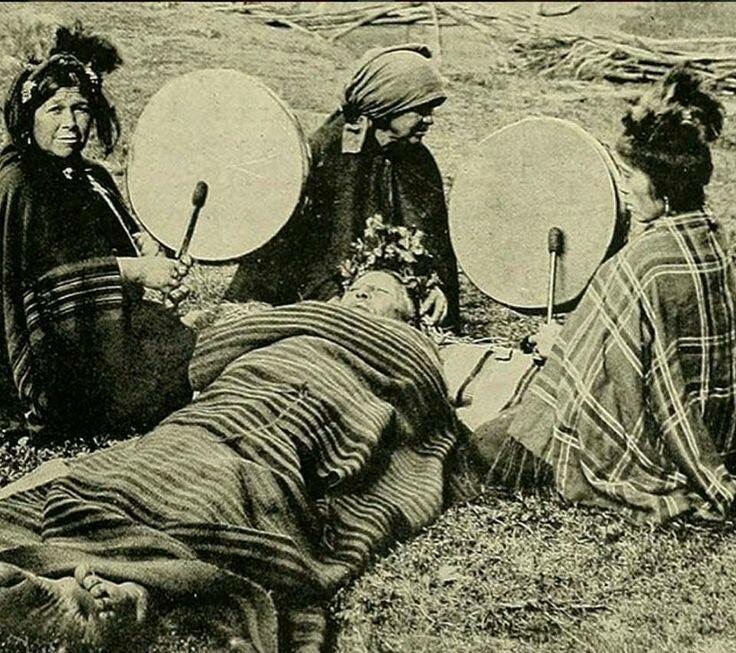 In Psychology Today, therapist Gary Diggins is quoted as saying: “We moderns are the last people on the planet to uncover what older cultures have known for thousands of years: The act of drumming contains a therapeutic potential to relax the tense, energize the tired, and soothe the emotionally wounded.

Evidence-Based Benefits of Drumming for Health

According to a well-cited article on Green Med, there are six evidence-based benefits to drumming (beyond the enhanced mindfulness aspect):