Living in your emotions 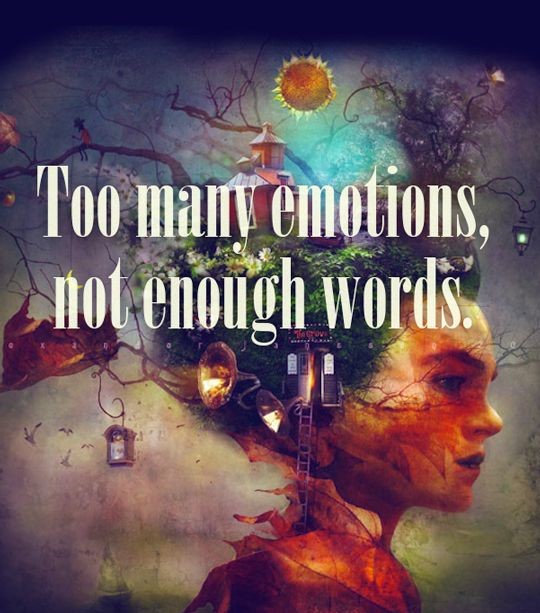 The ability to experience emotions differs according to people. This depends on the balance that is created between our IQ (IQ) and the emotional coefficient (EC). How is this balance constructed? From birth we inherit from our parents an intelligence that is both intellectual and emotional. Then, the education we receive, the environment and the experiences lived feed and general our evolution and the maturity of our diverse intelligence modalities.

Emotional intelligence describes the difference between a man and a woman in relation to the IQ and the emotional coefficient. It emphasizes that a man with a high IQ is usually less skilled, in return, as far as his private life is concerned. Normally “he does not feel comfortable in the sphere of sexuality and sensuality, he is expressionless and disinterested, weak and cold when he shows his emotions”. The woman whose IQ is high differs from the man in that she has a greater tendency to “introspection and happens to have feelings of anguish and guilt” that make her feel uncomfortable in her private life.

Men and women who have an elevated EC are generally more open, cheerful, relaxed … Their affective lives are rich and under their control. They feel comfortable in both the public and private spheres.

Many times when we are children, our parents do not teach us to manage and identify our emotions, on the contrary, things like anger or sadness are repressed. It is possible that then we do not learn well what happens to us and we do not give importance to those emotions out of fear or simply because we do not know how to manage or why they happen.

Whenever you have strong reactions to something that happens on your outside, ask yourself how you feel and why you feel that way. The truth is that well-managed emotions are quite constructive when expressed and help you to grow as a person. Love, anger, fear, joy, frustration … all that and more is part of you and it is not bad to feel it, what is wrong is to repress these emotions  and then suffer  consequences for not expressing them.

Identify how you feel, analyze and express. There will be some emotions to live in private and others that you can show in public, the important thing is that, little by little, you will learn more about yourself, to enjoy yourself and to be happier.

Thinking is very good, but if the thoughts are disconnected to the heart, your emotions, then you are not complete.

It is also important that once past the moment in which you have experienced the emotion, give yourself time to analyze what happened, how you acted, how you felt and if it was the best. This way you will learn little by little and help you mature.

For decades, a lot of emphasis has been put on certain aspects of intelligence such as logical reasoning, math skills, spatial skills, understanding analogies, verbal skills etc. Researchers were puzzled by the fact that while IQ could predict to a significant degree academic performance and, to some degree, professional and personal success, there was something missing in the equation. Some of those with fabulous IQ scores were doing poorly in life; one could say that they were wasting their potential by thinking, behaving and communicating in a way that hindered their chances to succeed.

One of the major missing parts in the success equation is emotional intelligence, a concept made popular by the groundbreaking book by Daniel Goleman, which is based on years of research by numerous scientists such as Peter Salovey, John Meyer, Howard Gardner, Robert Sternberg and Jack Block, just to name a few. For various reasons and thanks to a wide range of abilities, people with high emotional intelligence tend to be more successful in life than those with lower EIQ even if their classical IQ is average.

I invite you to take a time and do the following Test.