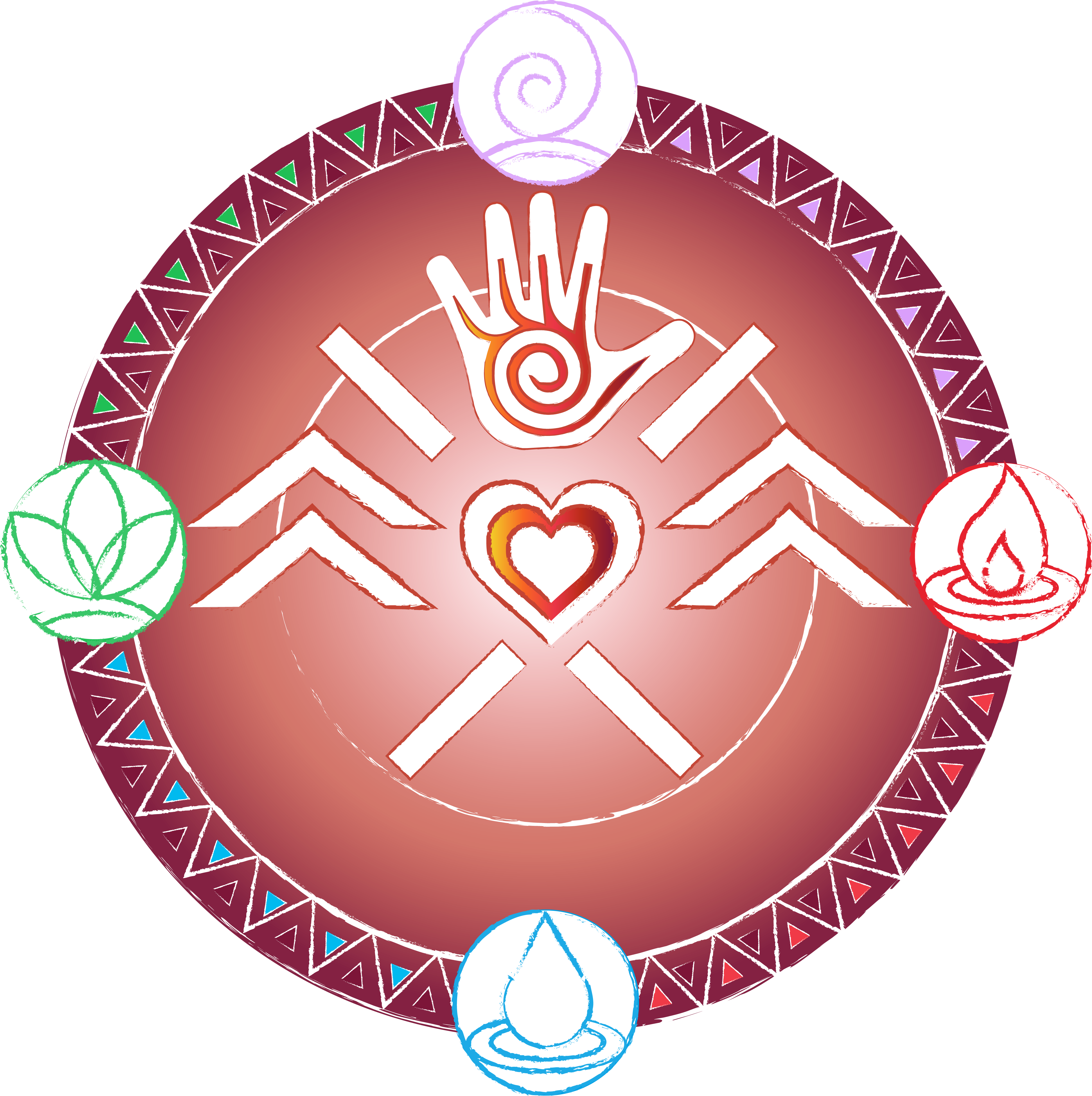 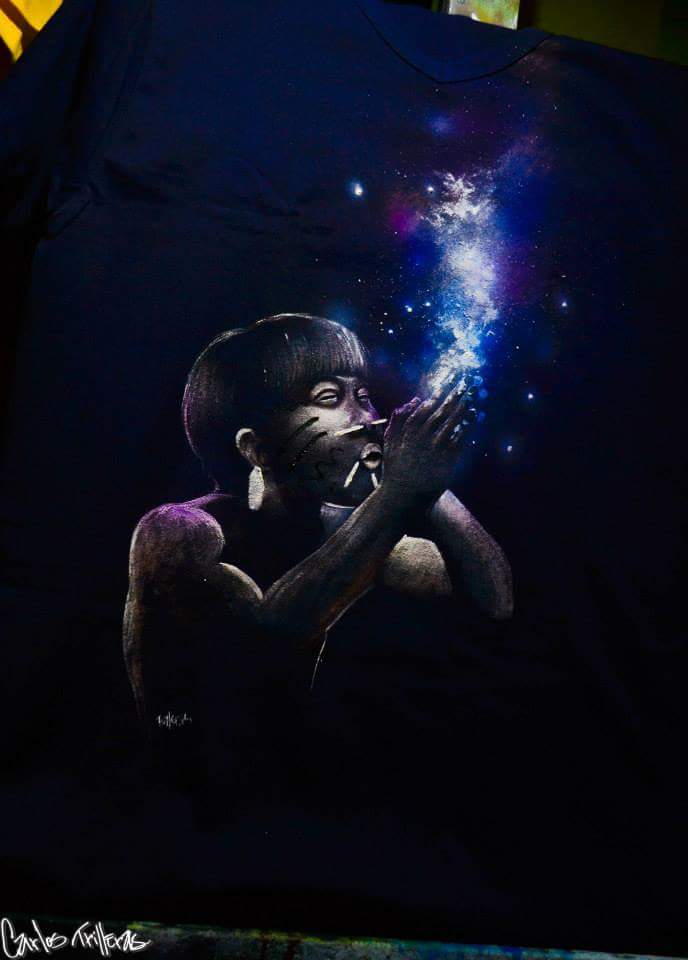 One of the main Shamanic Medicines in the  Muysca Indigenous Tradition called “Hopa Osca” , its very similar to  Rapé or Hape in Brazil  but not the same,  is a sacred shamanic medicine that has been used by healers of the Amazon basin for thousands of years and has become an essential part of their tribal culture and history  Hopa Osca,  is a complex blend of pulverized plants, which usually contain a strong tobacco.  There are many varieties of the Hopa Osca, its use for connection, to connect the body, to call the mind into the NOW, to centre the inner worlds.

Main benefits its to relieve Anxiety and depression, Clear Mental Confusion and Negative Thoughts, Calm the Nervous system, Meditate and quiet the mind,, bring clarity and connection with the self, Clear the energy field, bring you into present moment. Increase physical energetic Emotional vitality.

The Medicine is used to cleanse, to go to the root of the problem.  It can be also used as a purgative to cleanse stuck energies.

The other main difference this Medicine is prepared and cooked by the Muisca Indigenous Community in a Sacred ceremony where all the members play an important role to make the sacred medicine, there are songs, chants, woman do certain duties as men. All at the unison and direction of our Master the Mamo Comba (Abuelo Comba) 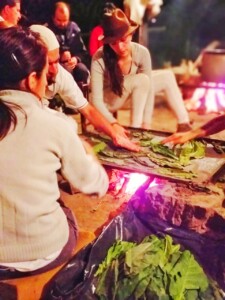 It is a very powerful and sacred medicine used for centuries.

South-American shamans use tobacco as a sacred, wholesome medicine and there exists a very close connection between tobacco use & Shamanism that has little in common with the western way of tobacco use.

Indigenous tribes use tobacco in ceremonies, to predict good weather, fishing, or harvest, and for spiritual (e.g. vision quest, trance etc) and curing purposes, but rarely for smoking. The use of tobacco by indigenous tribes in South America, such as the Muiscas in Colombia, Kaxinawá, Nu-nu, Yawanawá, and Katukina, is profoundly entrenched in their culture, and has been employed at least since the Old civilizations for rituals, medicinal purposes.

It is said to heighten the awareness and the senses, clear and align your mind and instinct, intuition and help promote cleansing of the body and soul. Drives away the dark thoughts and bad vibrations and in general, makes you a better person.

The blend is blown high up into the nostrils with a pipe made from bamboo or bone. The intense blow immediately focuses the mind, stops the chattering, and opens the entire freed mindspace for your intentions. Furthermore,  Hopa Osca and Rapeh ,  helps releasing emotional, physical, and spiritual illnesses and eases negativity and confusion, enabling a thorough grounding of your mind.

Likewise, medicine people  use Hopa Osca to re-align with their energy channels and with their higher self, and to intensify their connection with the world and the universe. In addition, Hopa Osca paves the way for detoxifying the body and cleans out all excess mucus, toxins, and bacteria, thereby, assisting in fighting colds and snuffles. Moreover, Hopa- Osca stimulates the mind with its nicotinic content that in turn releases a.o. epinephrine, acetylcholine, and dopamine , supporting an increased focus, presence, and intuition. Interestingly,  Hopa-Osca could decalcify the pineal gland , which is involved in melatonin secretion, circadian time perception, and drug metabolism. Furthermore, calcification of the pineal gland has been associated with neurodegenerative diseases, such as Alzheimer’s disease, and fluoride exposure , which further stresses the importance of a healthy pineal gland. 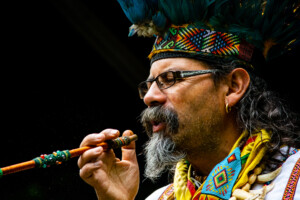 For indigenous Americans, tobacco is medically used as a cure of certain diseases, sores, wounds, and as a defense against insects (Curtis 1935) and also as an analgesic and substance that eases fatigue, pain, hunger, and thirst (Elferink 1983).

Hopa Osca enters deep into the nostrils, thereby cleaning out any residual mucus and exerting potent antibacterial effects  If the body is too congested with toxins, vomiting can be a 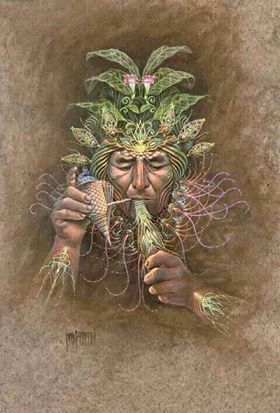 side effect that leads to a thorough cleansing. There are even special Hopa Osca blends,  that are made to counteract influenza and other diseases Furthermore, the tobacco that is contained in most Hopa Osca blends can potentiate the healing capacity of other plants,

Typical Hopa Osca ceremony involves a mutual administration by two people. The Medicine is blown high up into the nostrils with a pipe made from bamboo or bone. The intense blow immediately focuses the mind, stops the chattering, and opens the entire freed mindspace for your intentions. Furthermore, this helps releasing emotional, physical, and spiritual illnesses and eases negativity and confusion, enabling a thorough grounding of the mind. In addition, Hopa Osca paves the way for detoxifying the body and cleans out all excess mucus, toxins, and bacteria, thereby, assisting in fighting colds and snuffles. Moreover, The sacred medicine stimulates the mind with its nicotinic content that in turn releases a.o. epinephrine, acetylcholine, and dopamine, supporting an increased focus, presence, and intuition.

The beginning of Hopa Osca is reflected in the origin of tobacco, which supposedly stems from the Americas. The first written tobacco snuff use ever reported, was documented from the Incas, who used it to cure sundry diseases and to “purge the head”.

The Inca and Muiscas used only wild tobacco varieties and ground the roots of the plants. Already 5,000 years ago, Native Americans cultivated tobacco and were probably the first ones to smoke, chew, and inhale tobacco. Until today, America remains famous for producing tobacco: in 2010, was only introduced to Europe in 1500; the Franciscan monk, Friar Ramón Pané, who travelled with Christopher Columbus in 1493, was the first European to found out that the Indians used snuff and introduced this exquisite sacrament to Spain when he returned. This was the beginning of a long tobacco and snuff area in Europe.

As Hopa Osca contains nicotine, its use increases the brain blood flow and affects the release of several stimulatory neurotransmitter, such as epinephrine, acetylcholine, and dopamine (Wolk et al. 2005, Cryer 1976; Domino et al. 2000), thereby heightening your focus, presence, and intuition and opening the body to higher communication and holistic thinking and understanding. As mentioned above, These two beta-carbolines inhibit monoamine oxidase (Herraiz et al. 2005), leading to antidepressive and stimulatory effects (Farzin 2006). 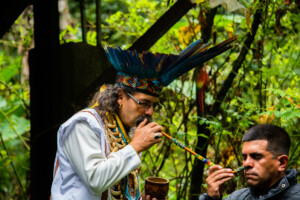 Pineal gland calcification has also been shown to be associated with decreased melatonin levels and a high risk for ischemic stroke, intracerebral hemorrhage (bleeding), and with breast cancer (Kitkhuandee et al. 2014; Cohen et al. 1978). This risk for stroke was still higher when the patients were also affected by high blood pressure, diabetes and high cholesterol/triglycerides (Kitkhuandee et al. 2014). The most prevalent movement disorder, Parkinson’s disease (PD), is also affected negatively by decreased amounts of melatonin (Polimeni et al. 2014). The main pathological event in PD involves the destruction of dopaminergic neurons, through oxidative damage. Melatonin can prevent this oxidative damage to occur , making melatonin a possible preventive treatment in PD and other diseases where oxygen radical-mediated tissue damage occurs. In sum, melatonin enhances brain plasticity, interacts with the immune system, counteracts oxidative stress within the nervous system, and a key hormone in circadian time perception and other crucial biological functions. 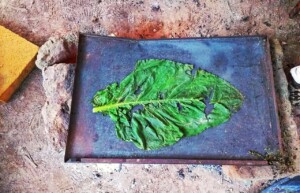 Throughout all of the Americas, tobacco is associated with the elements.  ”Tobacco is the mother plant of excellence in all of the original communities of the Americas, and in all ancestral ceremonies it is present as an ingredient  that accompanies other sacred medicines. Tobacco leaves take the form of the tongue, and this characteristic helped the first grandfathers and grandmothers of the original communities to deduce that it was to be used for prayer and communication, and this is exactly how it has always been used.  When used intentionally and for prayer, tobacco smoke carries our words, thoughts and intentions to the Superior Consciousness, God, The Creator, or The Great Spirit.”

It is said that when the conquerors came to the Continent of America, that they found the indigenous people using Tobacco and that they loved it and took it back to their homelands.  The only thing missing was all the sacredness behind the plant that requires years of practice and also a very important aspect which is that is has to be given to you by a teacher or holder of the energy of tobacco.  Somehow this means that the Teacher/Holder already has a sacred relationship with the Spirit of the Plant and is opening it for the student as he passes it along, so the student can start the learning process and relationship with the plant himself.

When a Sacred plant like Tobacco is used without this referral then it becomes highly addictive and poisonous.  Otherwise when used correctly, it is a great vehicle of healing and clarity.